Seems like everyone is trying to get that end-of-the-summer picnic in. Here in Colorado Springs, we lost many summer days due to a horrible, destructive fire. For us, Labor Day weekend is not only an opportunity to celebrate workers but to appreciate what we still have–our families, our neighbors, our beautiful mountains. I hope you will do the same this weekend.

I tested the following pasta salad on friends a few weeks ago.  It was a hit, and they were amazed that The Girl Who’s Allergic to Everything was eating forkfuls. That says it all. 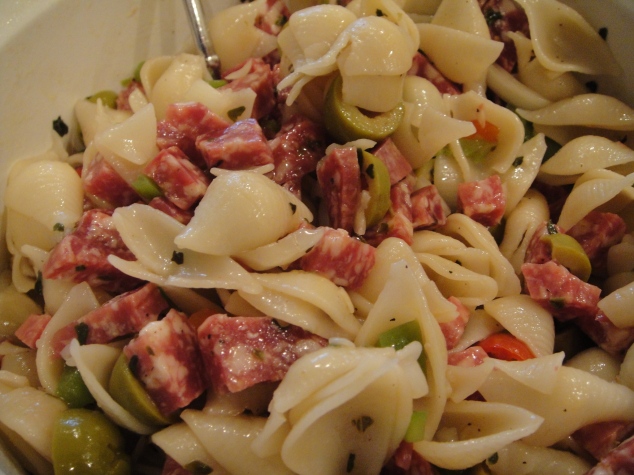 What prompted this recipe was a  box of quinoa pasta (organic rice flour and organic quinoa flour)  I was anxious to try. 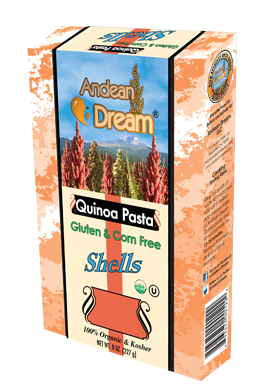 Now it’s been a long time since I’ve actually tasted wheat pasta, but I thought these shells were pretty close to what I remember.  My husband confirmed that the flavor and texture were better than “that the awful rice pasta you tried to trick me with.” 🙂

Now on to the recipe.

Toss in the following:

Anything else you have in your fridge that would taste good, such as chopped green and/or red peppers, marinated artichokes, artichoke palms, sundried tomatoes, fresh basil) 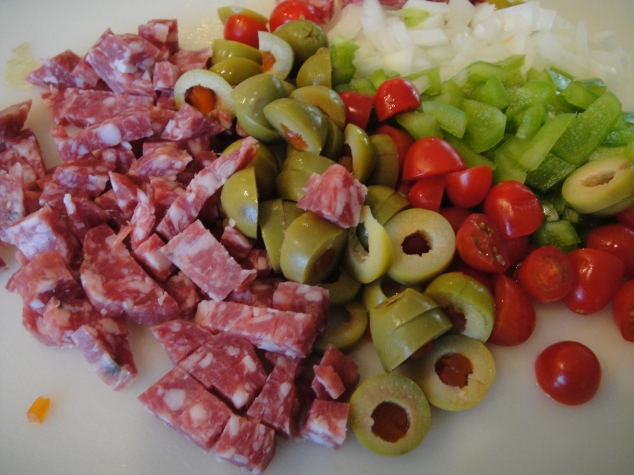 Here is what I used. So colorful and tasty!

Organic cherry tomatoes cut in half (unless they are those super tiny ones, of course)

For dressing, I just drizzled extra virgin olive oil and balsamic vinegar and sprinkled oregano until I was satisfied with the taste.  But you can mix about 2 tablespoons oregano, salt and pepper to taste, 3/4 cup EVOO and 1/4 cup balsamic vinegar in a separate bowl, then add to salad.

Last Saturday as I was taking a class on making goat cheese, which I intended to blog about,  a fire started in my hometown of Colorado Springs, Colorado.   Fires aren’t unusual in our forests during a drought, so though we kept our eyes on the smoke, we assumed the fire would be contained quickly.  It wasn’t.   In six days, our beautiful mountains have been ravaged by flames, a historical ranch and many homes have been turned to ash, and over 30,000 people have been evacuated.   Living through this experience can only be described as surreal.

Good friends are staying with us while they wait to learn the fate of their house.  So far our home is not in the path of the fire, though it started only eight miles away.  It doesn’t seem right to say we are lucky or blessed — would that mean our friends are unlucky and not blessed?  They certainly feel fortunate that they escaped the fire in time, that they and their dog are together and safe, that the firefighters are doing everything in their power to contain this horrible beast.

Our town is amazingly resilient, and I couldn’t be more proud.  Volunteers are stocking food pantries and making meals for the evacuees and firefighters.  The military is helping create fire lines.  People are taking strangers into their homes.  Businesses are providing free product and services.  Animal shelters are welcoming pets.  In time of war, there are always heartwarming stories of kindness and survival and I know we will hear many in the days, weeks and months to come.

I ask you to keep the people of Colorado Springs and those who are helping us battle this fire in your thoughts and prayers.

And next time, I’ll write about making goat cheese.